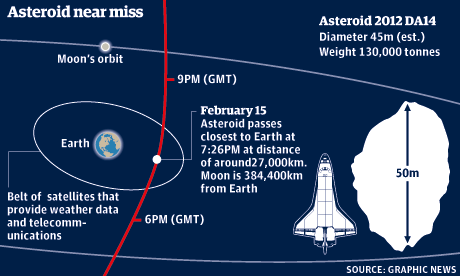 So I think we have all just seen the worth of having some type of government sponsored space program right? I mean, do we really want our government with all the resources it has at its disposal, to need the help of amateur astronomers to find out that our planet might be ended by a huge meteor. It was incredible to see that the damn thing is passing between the Earth and our weather satellites.

So we heard about that, then a smaller meteor struck a small Russian town injuriing over 700 residents.  If that happened in a major city like Beijing, New York or one in India you might see tens of thousands of deaths.

Lastly we saw Nasa able to take control of a satellite from another country (which we won’t name) by hacking its software.

Pretty incredible stuff all over huh? Heck even my San Diego Chiropractor couldn’t stop talking it.